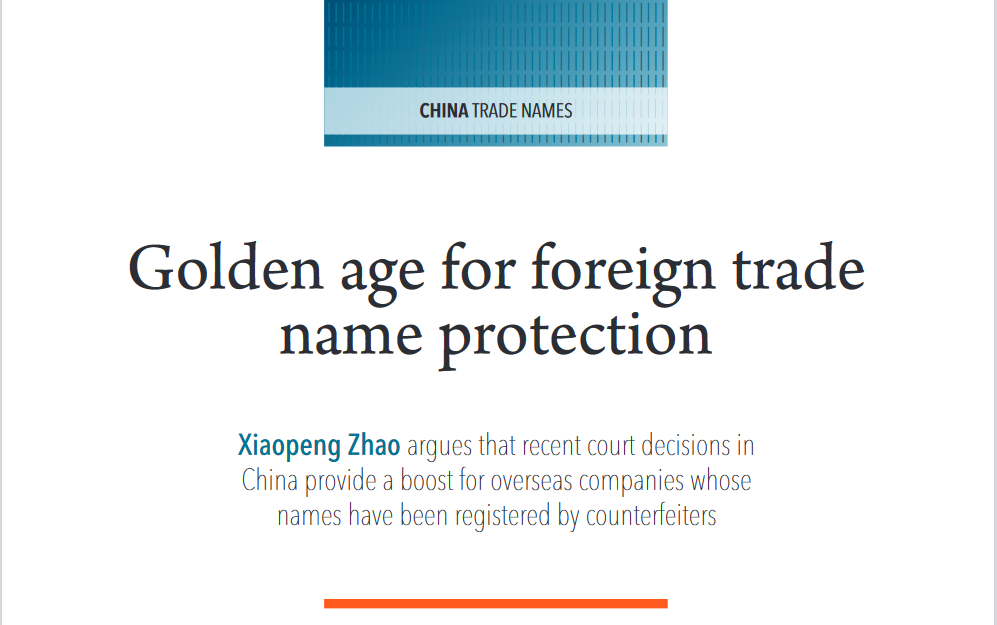 A foreign company entering the Chinese market does not have to become desperate about the discovery of a Chinese counterfeiters already having registered its trade mark anymore. Due to the lack of protection options for prior use right of a trademark in China, the only choice for such companies is usually to defend themselves using their prior trade name right. Whether the prior trade mark is challenged through a trade mark opposition, invalidation process or an anti-unfair competition lawsuit, the following aspects will be considered by the Chinese courts and authorities:

1. significance of a trade name: a trade name should be unique in its composition so that it is clear that an average Chinese person cannot make it up easily;

2. the trade name has to have already gained certain fame through prior use in China;

3. the opposed trade mark has to be identical or similar to the trade name of the opponent so that it can easily cause con-fusion among the relevant consumer group;

4. the prior trade mark was registered in bad faith.

Proving malicious intention is the key point of the afore-mentioned proceedings or lawsuits. As a prerequisite to prove the malicious intention, the foreign trade name should be famous enough. To determine the level of popularity, it is common practice in China to provide evidence that the trade name has gained certain fame through commercial activities in China. This has always been a stumbling block for foreign companies, because by the time the trade mark was registered by the counterfeiters, the foreign company has not officially entered the Chinese market yet. Foreign companies normally do not have enough domestic evidence to prove their popularity in China. However, new decisions from Chinese courts and the China Trade Mark Office (CTMO) bring new hope for foreign companies.

For more information, please read the whole article on ManagingIP: